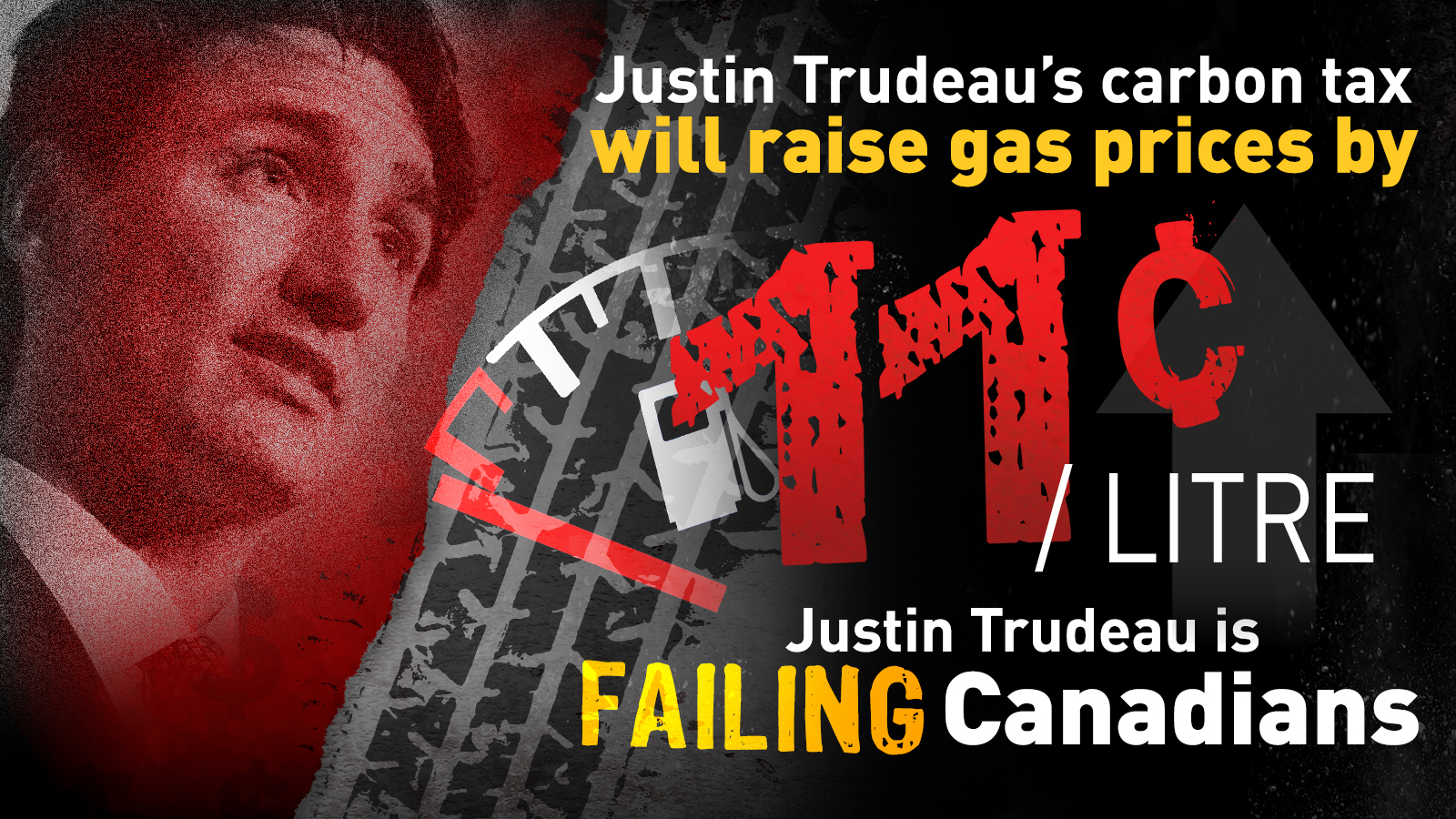 Gas prices keep going up, just like the cost of everything else.

And soon, there’s another shock coming.

Justin Trudeau is imposing a national carbon tax on Canadians.

According to his government’s own research, his carbon tax will add 11 cents per litre to the price of gasoline by 2022.

It will make life far more expensive for everyday families.

Justin Trudeau keeps failing to deliver the relief he promised to Canadian families when he was running for Prime Minister.

The average family is already paying more than $800 extra per year in taxes because of his failure to keep spending under control.

Canadians have been let down.

But they can always count on Andrew Scheer’s Conservatives to give taxpayers a voice.

We will keep fighting for lower taxes, for every family.